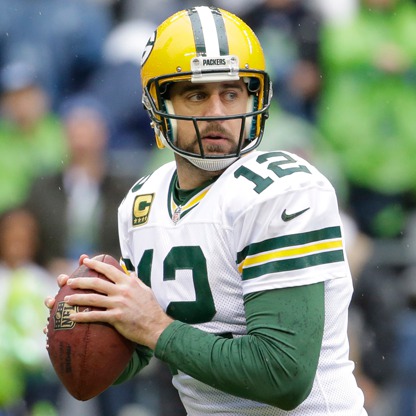 The Thursday Night Football game was a great example of where fantasy and reality regarding a performance part ways. Jacksonville QB Blake Bortles was horrific tossing wounded ducks all over the field and was lucky to not have been benched.

Well, garbage time comes along and Bortles finishes the game with very nice fantasy totals. Old Toad has always said that garbage time points count just as much as the rest so congratulations to anyone that started Bortles this week. You should feel just a little bit dirty though. I’m just saying.

Hopefully this is the game that jumps starts Allen Hurns as he had been invisible to date. With Bortles under center I’m not holding my breath.

I sure hope all the DeMarco Murray owners made sure to handcuff Derrick Henry. That kid is special (all apologies to Captain Obvious) and showed some chops in the receiving game this week.

He’s been playing great and I like Marcus Mariota moving forward with the way Murray is running the ball. Play action passes are going to be available all day long and Mariota is showing some nice touch on his throws.

The big concern with Mariota will be his schedule during the fantasy playoffs. The Titans play the Denver Broncos in Week 14 and then travel to Kansas City in Week 15. Ugh.

So nice to see big games from Tyler Eifert, Jordan Reed and Vernon Davis this week. The TE position needed a shot in the arm from a fantasy standpoint this season.

So Josh Norman is a shut down corner, eh? To quote the great Inigo Montoya, “You keep using that word. I do not think it means what you think it means.”

Norman was abused in the second half by Cincinnati WR A.J. Green.

At least it was an entertaining game from London. Those are few and far between. As are games that end in a tie which we’ve now had in back to back weeks. Fun times.

I’ll admit that Old Toad has been a little slow to the Jamison Crowder party as this kid has been lighting it up. That’s back to back weeks with triple-digit receiving yards and Crowder now has four TDs for the season. Well done sir.

Raise your hand if you predicted that OT Donald Penn would catch a TD this week for the Raiders. Liars.

It looks like Mark Ingram is sitting comfortably in head coach Sean Peyton’s dog house after coughing up the ball and seeing it returned for a score.

It appears that we will be enjoying the Tim Hightower show at RB for the Saints for a little while.

We may have a QB controversy brewing in Kansas City after the way Nick Foles looked in relief of the battered Alex Smith. The sarcasm came through, right?

In all seriousness though, I hope Smith is OK after taking two big hits to the head this week.

I would suggest grabbing Foles off the waiver wire as Smith will be hard-pressed to clear the concussion protocol and the Chiefs host the hapless Jaguars defense in Week 9.

The same goes for Charcandrick West as Spencer Ware left the game with a possible concussion and Jamaal Charles is not back to full health.

I honestly never considered the Indianapolis Colts defense that hard hitting of a unit.

I’ve been waiting for Russell Wilson to have that bounce-back game but it looks like the accumulation of injuries have officially left him as a weekly sit. If you can’t get it done against the Saints secondary, then you ain’t getting it done against anybody.

The Tom Brady grudge tour continues as he showed the Buffalo Bills what it’s like to play the Patriots with a real QB and offense. No shutout for this week for the Bills…far from it.

Congratulations if you face the owner that has Brady next week as New England is one of the six teams on a bye.

While it wasn’t pretty from a fantasy standpoint outside of RB Jonathan Stewart (120 total yards and a pair of TDs), the Panthers managed to get back on the winning track against a sloppy Arizona team this week.

Speaking of Arizona, look for J.J. Nelson to continue to be a productive fantasy WR as Jaron Brown is on IR and Michael Floyd can’t stay healthy. The kid has speed to burn.

Mike Gillislee filled in nicely for the injured LeSean McCoy this week but both are shaky plays as the Bills head to Seattle next week. The Seahawks defense is a different animal at home.

It didn’t take Aaron Rodgers long to get Jordy Nelson involved in the offense this week after completing only one pass to him last week. That long pitch and catch in the first quarter looked a lot like the Rodgers to Nelson connection we’ve known and loved as fantasy owners.

From the “I guess I’m not the smartest guy in the room.” desk. I decided to start Brock Osweiler over Tyrod Taylor due to the juicy matchup he had against the Detroit Lions without CB Darius Slay. Ugh.

Wait. It gets better as I doubled-down by not starting Theo Riddick over either Frank Gore or Christine Michael and to make this a clean sweep of despair.   Only good news is my Dolphins didn’t lose….. due to a bye.

It’s taken longer than a lot of Individual Defensive Players (IDP) owners would have liked but Khalil Mack is finally playing like we thought he would. Mack put up six solo tackles and a pair of sacks in the Raiders win this week. He now has six sacks in the last five games.

It appears I may have jumped the gun a bit when anointing San Diego’s Hunter Henry as the new main man at TE for the team. “Old man river” Antonio Gates is not going quietly into the night.

Remember before the season when Matt Ryan was coming off the board as the 19th overall QB selected? Good times. Congratulations to all those owners that drafted him as your #2 QB as I’m guessing first place feels really nice.

Now that was a Sunday Night Football Game!