Truth? Are you sure you want it? 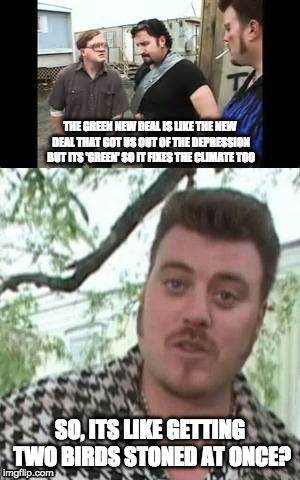 An exchange between LTJG Daniel Kaffee (USN) and Col Nathan Jessup (USMC) in the movie A Few Good Men.

As I’ve grown older the world has changed from “black and white” to “Living Color” to “50 Shades of Gray.”  It is a place where everyone once knew what was “right and wrong” is now “you have your truth and I have mine.”  I find it interesting in today’s world there are still people who believe they are standing on the moral high ground as they condemn their opposition as (insert your preferred demeaning adjectives here).

As I’ve noted in previous postings, we (the adults) of this American society have shifted from a heated but generally respectful debate of issues (social, economic, or otherwise) to simple personal attacks on those with opposing ideas.  We live in a world where most people now communicate across the social media by finding a glossy picture that praises or vilifies an idea they find attractive or outrageous, but when challenged they can’t really waste their time explaining why they feel as they do, they just do (or worse someone they like said they should).  It’s their truth and they are sticking to it.

As I write about the issues I find relevant – I find people of my generation generally understand the context of my statements and will either agree or ignore without comment.  (I sometimes regret the fact people who may disagree are unwilling to stand up and question me in public, but that is not something I control.)

Then there are those who focus on a single statement and seem to ignore the broader context.  Perhaps, it is my poor writing and an inability to articulate and define the central theme, or maybe it is easier for some to focus on a single tree when looking at a forest.  But, I degress.

Today, the issue before us is really one of government control, or rather how much government is enough and how much is too much.

The members of the new People’s Democratic National Committee have rolled out a vision for America in their plan for a “Green New Deal” where they propose a government-run universal health care, elimination of all vehicles that use carbon fuel propulsion systems, an entirely new mass transportation infrastructure, a universal base salary, and essentially government control of all aspects of our social and economic lives.

The flash debate between the left and right is whether or not some words in the published draft are actually in the current draft or whether or not they really mean what they said before people questioned them on some of the stupid shit they included.

Just so there is no mistake let me be clear in my view.  I don’t fucking believe this Green New Deal is any better than the last Green Deal the DNC rolled out.  And at the sake of offending those of my home town, I am not sure if the President’s intent of original New Deal was to actually help America recover sooner from the depression or just increase his power as President?

At its core, the New Green Deal is about expanding government control over the decisions of the average citizen.  Those who support it will claim it’s about making lives better, protecting the environment and creating the brave new future the progressives always see “just around the corner.”  These would be the self-same progressives who saw a better world in eugenics, lobotomies, and the myriad of social welfare programs aimed at eliminating poverty, racism, addiction, and illiteracy, but until now have only achieved a greater individual dependency on the state, while fostering poverty, racism, drug addiction and increased illiteracy.

But, just like the progressive movement, conservatives who oppose this new plan come in a variety of flavors and the most extreme would advocate we move governmental decision making back to the private enterprise.  This would, of course, undo over a century of lessons where we’ve found good reasons for government regulation.  For example, should we put banking without regulation back in the hands of the banker?  I think anyone who would advocate for this simply does not understand the human dynamic of wealth accumulation, but then again, has banking regulation stopped the creation of mega-banks (banks too big to fail), or has it led to our government spending money to prop them up when they realize risks they had dismissed as unimportant?  As Elizabeth Warren has pointed out, the money interest in Wall Street and beyond have paid substantial sums to have the politicians vote their way.  Unfortunately, Warren seems to think only one party has taken those funds, while we can clearly see otherwise.

That last point is really my central concern with an ever-expanding government.  It is not the average citizen who runs for federal office.  It is not someone who will serve a couple of terms and then return to private life.  Rather, it is someone who craves the power that title confers.  Once in office they, more often than not, become holders for life, except in the case of the President where the Congress decided after FDR that a lifetime was too long.  They accumulate wealth through their ability to influence the laws and regulations that are written, or direct the tens-of-thousands of employees hired to enforce those laws and regulations.  For them, and their media surrogates it is all about dividing the population into fragmented groups to maintain their elite status.

I believe the Green New Deal would not only create greater government power, but its real objective is to make the politicians and their business supporters wealthier.  In the end, it will do little to actually save a world that is, if you believe the hype, eating itself alive.  In a world of 7.5 billion, a nation of 350 million is simply a part of the equation.  Perhaps a big part, but even then, not the biggest part.  I would ask those who feel different explain to me how unilaterally expanding our government into a socialist state will prove economically successful at making the lives of the individual (who is not a member of the state party) better?  Alternatively, you can lay out how your example of environmental socialism will save the world by changing the way everyone else treats it.

Oh yes, when giving comparisons of how well democratic socialism has worked please account for the scaling issues of small versus large countries, or use examples from countries of equivalent size to the U.S.

Until you can convince me otherwise, that is my truth, and I’m sticking to it.