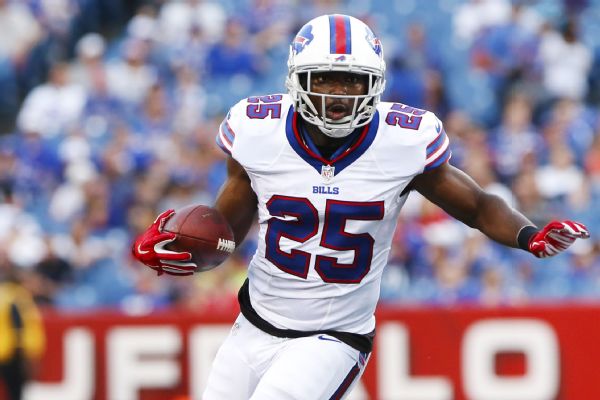 As the Cowboys put the pitiful Bears out of their misery we are off and running down that ‘Holiday Road’ in the family truckster.

From the “Be careful what you wish for” department. After weeks of whining, Old Toad was finally able to get Rob Gronkowski into his lineup. Woof!   You’d expect that the Patriots would be 0-3, Is Belichick a genius or have the Patriots resumed taping opponents?

It’s all good as better days are ahead for the big man. Hurry back “Tom Terrific.”  The way the Patriots are playing, wouldn’t they be better off keeping Brady on ice until around Week 12. At that rate, he could actually play until he’s 45.

So now Jacoby Brissett is also injured. If Jimmy Garoppolo or Brissett can’t go, is it finally Drew Bledsoe time? Make it happen “Hoodie.” You owe the man.  I kid of course, and am now dreading the onslaught of “Uncle Rico” memes that are coming.   In all seriousness if Garoppolo or Brissett can’t go and they bring in some veteran off the street do we trust any Patriots player other than LeGarrette Blount this week?

It’s nice to see that since taking over as the No. 1 RB in Houston, Lamar Miller has delivered. We certainly can’t say the same for Brock Osweiler. It appears that John Elway and Gary Kubiak did know something that the Texans did not.   Let me offer up some free advice to Mr. Osweiler. It’s called a ‘zone’ defense Brock…a ‘zone’ defense. Look it up as it could come in handy down the road.

As an IDP slappy it was fun to watch Jabaal Sheard, Jamie Collins and Benardrick McKinney strut their stuff Thursday night. I say that as an owner facing off against McKinney in my longest running mixed IDP league.2

Sometimes you just have to give it up to a great performance.

After playing only two snaps last week, Minnesota rookie WR Laquon Treadwell was inactive this week. That is the definition of trending in the wrong direction.

It was nice to see LeSean McCoy have a big week against a tough (usually) Cardinals defense.

Raise your hand if you saw the Bills roughing up the Cardinals the way they did this week. Liar.  After the Bills’ firing of OC Greg Roman after only two weeks, I’ve had just about enough of Rex Ryan. Just saying.

At least David Johnson continued to be a fantasy stud at RB with another big game for the Cardinals.

From the “I should have seen this coming” department. I turned down a trade this week that would have landed Jeremy Hill on one of his local long-running fantasy teams. Sometimes you are the bug and sometime you are the windshield.

At least Carson Palmer was nice enough to join me on the windshield this week. I think there is room on that windshield for Ryan Fitzpatrick and his 6 INTs as well.

Here’s something interesting that’s not likely to happen often. Joe Flacco was the leading rusher for Baltimore at halftime. He had 13 yards and a rushing score. If I owned any Ravens RBs I’d be a little nervous. Not because Flacco was the leading rusher at halftime but because Terrance West and Justin Forsett combined for only 65 rushing yards. With that being said, Kenneth Dixon could be back in the next week or two and looked very good in the preseason as he led the Ravens in rushing yards (107) and ypc (4.9). He’ll be a difference-maker during the second half of the season.

The Baltimore Ravens are the ugliest 3-0 team I can remember seeing. Remember, I am  pretty darn old.  The 1983 Chicago White Sox were the original ‘winning ugly’ team.  That was a great year on the south side as the White Sox won the division by 20 games.

Let’s go ahead and get this out of the way. My breakout TE of the year Jared Cook hurt his ankle in the first half after catching one pass for 15 yards…sigh.

A name to keep in mind for my IDP loving brethren moving forward is LB Cory James of the Oakland Raiders. He has surpassed Ben Heeney on the depth chart and looked good this week as did teammate rookie S Karl Joseph now that he is starting.

I’ve mentioned this before but feel it’s worth repeating. Blake Bortles is regressing into the 2104 version that turns the ball over way too much.

Welcome to the weekly conversation regarding starting QB Trevor Siemian. Congrats on a very nice game for the youngster in his first road start torching the Bengals. This is a great sign for both Demaryius Thomas and Emmanuel Sanders moving forward.

Speaking of very nice games, Terrelle Pryor of the Browns was Mr. Everything. He completed three passes, rushed for a touchdown and had 144 receiving yards. This is probably a good time to mention that Pryor would have also been included in that Jeremy Hill trade that I rejected…sigh.

So I drafted Marcus Mariota as my #2 QB in a couple of leagues. I am officially nervous. Although,  not as nervous as the Titans front office.

Imagine how I feel about the two leagues where I have Mariota as the backup to Eli Manning…Ugh.

The Minnesota Vikings defense is flat out a wicked good unit. Led by Everson Griffen they sacked Cam Newton eight times. I’m going to say it. They are the second coming of “The Purple People Eaters.” Yes. Old Toad tends to live in the past.

Oh yeah, Eli Manning has the pleasure of going to Minnesota next week…ugh.

After storming out of the gate in the first two weeks, Kelvin Benjamin puts up a goose egg. Ouch. I’m chalking it up as a bad week for the entire Carolina offense against a tough Minnesota defense. Benjamin will be fine moving forward.

Hey Look! Brian Quick is actually still in the league. Honestly, I must not have watched “Hard Knocks” close enough this year.  Just when we thought Kenny Britt was becoming a thing. I know, my bad.

The Seattle Seahawks will have a very dangerous offense if they continue to incorporate Jimmy Graham the way they did in Week 3. It appears that a light went on this week and it could shine all season long if they stick to the game plan.  Of course, that all depends on Russell Wilson staying healthy as he’s been taking a beating and suffered another lower leg (knee) injury this week.  It might be in Wilson’s best interest to just stop running. And that includes rolling out to extend plays. Just throw the ball away and live to play another down.  With a big lead, Seattle may have just been playing things safe but Wilson owners need to keep a close eye on his availability for Week 4.

Really, Indianapolis? You can’t let Frank Gore punch in that one-yard touchdown? Robert Turbin? That’s a punch in the gut for Gore owners as the man is 137 years old and deserves respect. If only all NFL coaches thought like a fantasy owner.

I have always been a  Carson Wentz believer. Performing well against Cleveland and Chicago was nice. Lighting up the Pittsburgh Steelers is another thing all together. Mr. Wentz joins Mr. Siemian as a weekly starting option depending on matchups. Things just keep getting worse for the Rams front office. So, this is what it would have been like had the Indianapolis Colts drafted Ryan Leaf instead of Peyton Manning back in 1998.

Until next week my friends….