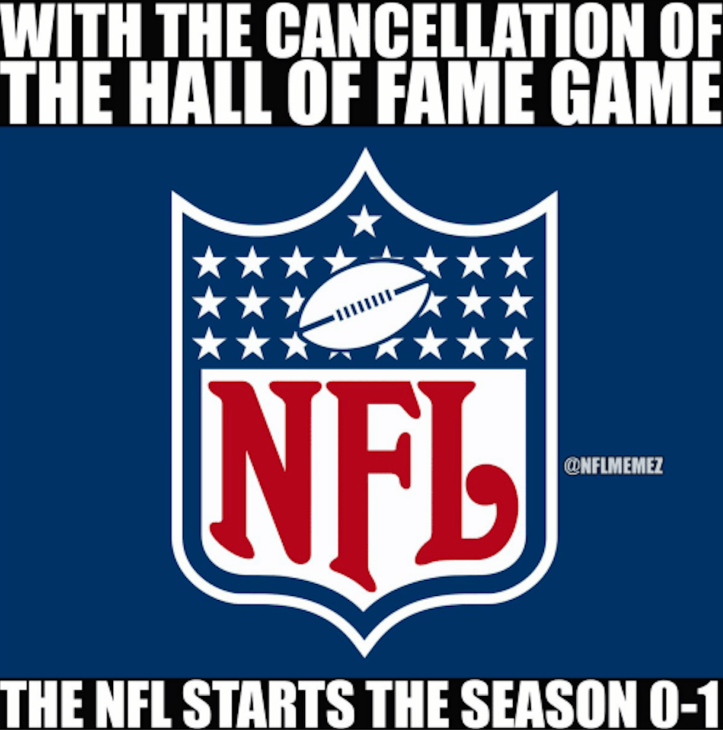 Look, I’m one of the shameless football junkies that the NFL has preyed upon to reach a level of popularity that once seemed untouchable. Doesn’t matter how meaningful the game or how aesthetically pleasing the product on the field, I am probably going to watch regardless. That’s why the fact that I had very little interest in writing about the NFL calling off the first official game of it’s season is a pretty scathing indictment of said game.

Like gee, think we can shorten the preseason yet? You know, considering it’s opener was just up and canceled because some dipshit grabbed the wrong paint out of the shed and literally no one not already in attendance gave a fuck. I would say the premise of the abrupt cancellation of a professional football game being met with a collective shoulder shrug from it’s most diehard fans is a pretty solid critique of it’s necessity.

If the injury risk of someone slipping in an end zone was too much too incur than the injury risk of 160 players desperately trying to earn a living by ramming into each other at full speed during a handful of games in which the results don’t even matter certainly should be too.

I understand the preseason serves a purpose (because what other devious methods of trickery would NFL franchises use to inflate the price of their season tickets), but isn’t it dangerous enough – even when the field is properly decorated – without scheduling additions to it?