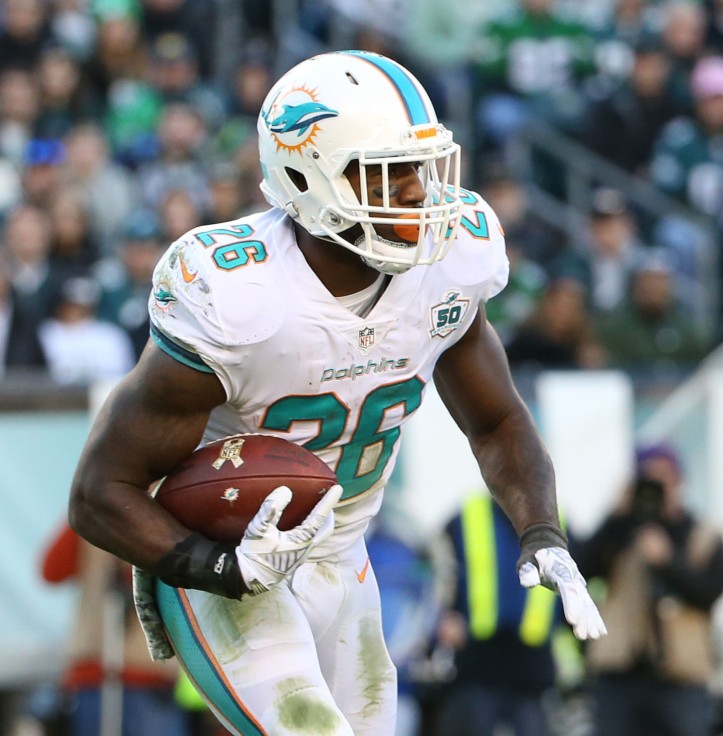 Look, I am a big fan of David Johnson. I believe that he is an immensely talented player. He is physically imposing at 6’1” 224 lb. He was a freak at the NFL Combine last year with his unique combination of size, speed and strength. He is the clear-cut starter in Arizona after an impressive rookie season where he leaped teammates going from #4 to #1 on the Cardinals depth chart. The Cardinals have arguably one of the best offenses in the game and as we have seen in the past, talented RB’s on talented offenses do VERY WELL in fantasy.

2. Eddie Lacy Balls Out Of His Mind, Finishes The Year As A Top-5 RB

We know how good players in fantasy do in contract years. If you didn’t already know, they do really well. Just look at Doug Martin. His career was heading in a downward spiral and once he reached his contract year (this past season,) look what happened. He was the second leading rusher in all of the NFL. We all know that Eddie Lacy is talented given that he was ranked as one of the best players to draft for 2015. However, Lacy loaded up on the burgers and fast food that made him fat. Since he wants to bring home a lot of cash, he will choose the salad and he’ll dominate 2016.

Look, Antonio Brown has had a magnificent run as fantasy’s best WR. For back to back years he has been incredible as he was the greatest receiver to have in fantasy. However, I think that this year is the year that he doesn’t finish as the #1 WR. Brown has been ridiculously healthy throughout his entire career except for the Vontaze Burfict hit. I expect AB to miss 2-3 weeks with an injury. I don’t know what the injury will be, but I know it will sideline him for a few weeks.

DeAndre Hopkins doesn’t get as much respect as he deserves. He balled so hard for the Houston Texans while they were going through their QB rodeo. No disrespect to the Texans‘ QB’s but, they were all pretty trashy for the entire season. The Texans owner has publicly said that he wants a franchise QB in the upcoming NFL Draft. I envision either Connor Cook from MSU or Christian Hackenberg out of PSU to be a Houston Texan next season. With a talented QB like that, imagine what DeAndre Hopkins could do? Hopkins is already ridiculous and he should get more credit than he deserves. I believe that DeAndre Hopkins will absolutely EXPLODE in 2016!

Everybody knows that the Indianapolis Colts were arguably the BIGGEST disappointment in the 2015-2016 season. They started out the year as a trendy Super Bowl pick with Andrew Luck winning the MVP. However, things didn’t go as planned to say the least. The Colts biggest priority this offseason should be building up the O-Line. Luck has taken so many beatings every Sunday because his offensive line has been trash since he was the #1 overall pick in 2012. Luck will not take no for an answer and he will destroy his competition in 2016 to prove that he, and the Indianapolis Colts, still have it in them and that last season wasn’t a fluke.

Look, I am aiming a little low when I say that Jameis will be a Top-10 QB. Personally, I think this is the lamest bold prediction. It isn’t terribly bold but I believe it will happen. I think there is also a chance he finishes as a Top-5 QB next season. I am 99.99% sure that in 2017-2018, Jameis will finish as a Top-5 QB but for this season, I project him to be a Top-10 guy. Winston will thrive under new head coach Dirk Koetter who is committed to making the offense supreme. Jameis has many tools to play with like Mike Evans, Vincent Jackson and Austin Seferian-Jenkins. Mark my words, Jameis Winston will be a Top-10 QB for 2016.

8. Karlos Williams Emerges As The #1 RB in Buffalo

With LeSean McCoy being investigated for his involvement in a nightclub fight in Philly, the door for Karlos Williams emergence seems to be creaking further and further open. Williams was a pleasant surprise for Buffalo this past season with 517 yards and 7 TD’s. That is pretty solid for a backup RB. I expect  to have some allegations put against him and/or he gets traded in the wake of them. When that happens, Karlos Williams gets the spotlight turned on him. If you want an even bolder prediction, I think Williams has the potential to be a Top-15 RB in his first year with the lead gig.

9. Lamar Miller Finishes 2016 As A Top-5 RB With The Houston Texans

Lamar Miller is ridiculously talented but his time in Miami has been wasted. The Dolphins didn’t know how to utilize Miller and they underused him year after year. Lamar Miller will make serious bank from his new contract. He is only 24 years old and possesses a ton of talent. I see him fitting in with the Houston Texans  as they could use a talented RB.

Now this is a stretch but I do believe it can happen. I do believe that the Broncos’ Jeff Heuerman will finish at least a Top-10 TE. Heuerman is a wildly talented player, he was just sidelined by injuries throughout his rookie year. Brock Osweiler isn’t terrible and I think with John Elway and Peyton Manning mentoring Brock will lead to success and Osweiler and Jeff Heuerman will reap the rewards of it.