History Through the Eyes of Hollywood 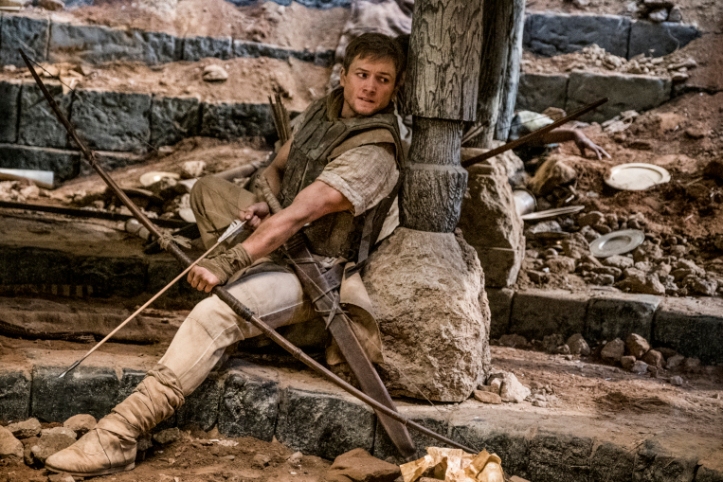 I watched the latest iteration of Robin Hood last night and I was struck by all the history I hadn’t known before so I thought I’d share all this new stuff for those who’ve not yet been enlightened.

First, Nottinghamshire had a draft back then and young Robin of Loxley was drafted into the 3rd Crusade (1189-1192 AD) (or CE if you don’t like the Latin).  He received a draft notice from the Sheriff of Nottingham and off he went.  I’m left to speculate, but I guess Conscientious Objector was not yet invented.

Apparently, this crusade differed from other crusades in the body armor and uniforms the crusaders wore.  It was not as flashy as that old steel armor with white tunics, and it was less effective than today’s ceramic armor but looked a lot like today’s desert uniforms and body armor.  Only the really bad guys back in England wore steel helmets.

Urban warfare was a thing back then, and the crusader’s formations for clearing a street looked a lot like the tactics used by today’s infantry.  Except they were using longbows and not M-4s.  When confronted with the fully automatic crossbows of their enemy they sent a couple of fast sniper bowmen to flank and take out the position.

Crusaders were known as “troops” as in “I spent time with the troops in the crusade.”

Little John wasn’t English, he was a black Arab who had tried to kill Robin, had his hand cut off in the fight, but came to like Robin when he (Robin) tried to save Little John’s son from the mean NCO who was using beheadings just like modern waterboarding.  Personally, I think waterboarding is a big improvement we’ve made over the past 800 years.

The 12th Century Nottingham was way darker and more industrial than I had imagined.  There were mines with a lot of flames coming out of the ground, and everyone who was anyone wore clothing that looked a lot like something out of a 1970s Science Fiction movie.

When Robin got home from the Crusades, via the hospital ship, he found his estate had been taken over by the Sheriff for back war taxes and his girlfriend Marian had taken up with a young union organizer named Will.  Little John had stowed away in the bottom of the ship so he could keep an eye on Robin and convince him to rise up against the military-industrial complex that ran the wars and pitted simple people against each other.

England of 1200 was far more diverse and integrated than I had ever imagined.

Little John’s first task was to convince Robin to throw away his long-bow and teach him how to make a reflex bow into a semi-automatic weapon so he could outshoot the bad guys with the Sheriff.  He then put him in a PX-90x training program to build up his scrawny English muscles so he could take full advantage of the semi-automatic bow.

Marian was the first to coin the phrase “If not you, who?  If not now, when?”

Robin, Marian, Little John, and the band of Merry Men didn’t move to Sherwood Forest until the first Sherriff of Nottingham was killed and Will (the union organizer) had been named as his replacement.

Finally, English oak doors are not nearly as strong as I thought, since teams of horses would crash through them without hurting themselves or even slowing down.

I give the film two toes up (the whole thumbs up thing is already copyrighted).  It will teach the younger generation the real history of “the Hood.”

By the way, when the film was released those know-it-all critics panned it.  But I am betting they were all closet MAGA hat wearers.