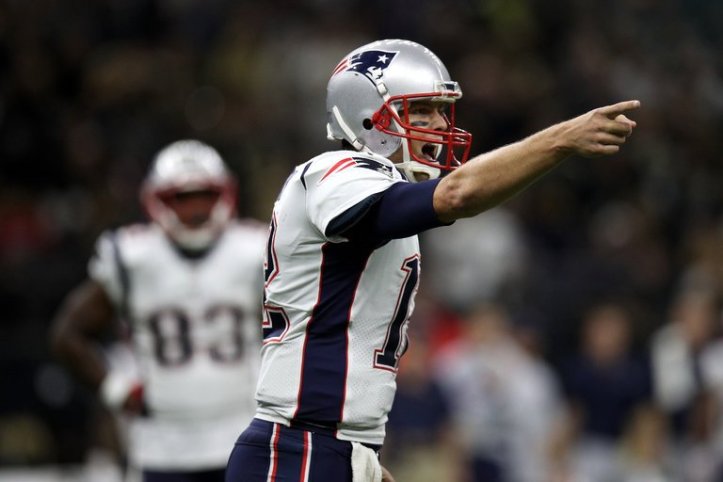 Welcome to Toad’s Fantasy Football Weekly Review,  where I summarize the aftermath of the past Thursday through Sunday games, but more importantly ten thoughts and their lasting fantasy impact.

It was a week full of ugly football as many games played out as expected but to brutally ugly results. Injuries messed up a lot of what could have been better games, which in turn would have given us fantasy football players more to be excited about. But as we break down another week of NFL football, we are reminded that while it’s not always pretty, there’s always something to learn that will help us down the road.

Crabtree pulled off a hat trick, showing that he’s better around the goal line than Cooper, who will wind up with more yardage by the time the season is over, but after seeing Cooper drop so many in Week 1 on similar plays that Crabtree held onto, was tough to watch for any Cooper owner. Over the first two seasons Cooper entered the league, he caught 11 touchdowns and had nine 100-yard games. Crabtree had 17 scores and just six games going over the century mark. Right now, Crabtree’s got the edge again in touchdowns, 3:1, when in most leagues, Crabtree was selected long after Cooper went off the board.

Unlike the Steelers being slow out of the gate, the Sam Bradford knee situation absolutely crushed any hope of the Vikings being able to pull off a win in Week 2. And as the game script went as planned, with the Steelers posting points and beginning to pull away, Case Keenum could not generate the offense in a way to keep points. Wide Receivers Stefon Diggs and Adam Thielen should have brought in more than seven catches for 71 yards combined. Dalvin Cook owners found out that when those two receivers have bad days, then he will too. Cook may still be able to pull off a decent season but Diggs and Thielen just got downgraded big time until we see a healthy and able quarterback under center.

• Panthers TE Greg Olsen is going to hurt his owners bad. Look there are about 6-7 consistent big time tight ends and then the rest of the field. With respect to Ed Dickson, there’s just no replacing the elite tight ends. You either have someone who can score around the red zone, but to find one who gets you yards and touchdowns is rare.

• Bears RB Jordan Howard’s arm was in a sling after being out touched by Tarik Cohen and not even registering enough yards to score a single fantasy point in any format. He not only was a complete disappointment, he made the Bucaneers’ job easy. Now it will be Cohen facing those stacked boxes, as we wait to hear what Howard’s status is on Wednesday’s injury report.

• Packers WR Jordy Nelson took a knee to his quad in the Sunday Night Game early and never returned, unable to log any fantasy points for the week. The injury is not thought to be serious so check his status for Week 3. Teammate Randall Cobb also left the game late with a shoulder injury. Trevor Davis or Geronimo Allison could be the next man up behind Davante Adams.

• Browns WR Corey Coleman could be on the shelf for awhile after breaking a bone in the same hand that cost him six weeks of his rookie season. This is just the latest setback in what’s becoming a frustrating recurring problem with the Browns’ top receiver. They’ll turn to Rashard Higgins, but the lack of production at this position shows how poorly the Browns have drafted in every regime, regardless of the GM. They have spent too many draft picks on receivers to come away with so little.

• Patriots TE Rob Gronkowski is continuing to put his owners through the wringer as he showed how awesome he can be in Week 2 with a long catch and touchdown romp through the Saints’ secondary in the first quarter. He can also be a major buzzkill as he left the game in the third quarter with a groin injury, but at least no further setbacks with his injured back. Silver linings, folks.

4. Slow out the gates

Hang in there owners of Steelers’ players. The offense is going to come around. I didn’t expect the Browns to put up such a fight in Week 1, but I did expect the Vikings to be a much better opponent. Antonio Brown was held scoreless and under 65 yards receiving seeing Xavier Rhodes for a majority of the game, while Le’Veon Bell was contained once again, this time with just 91 total yards. At least Big Ben got Martavis Bryant going and they found the mismatch to exploit. Week 3 should be some relief facing the Bears before the team faces tough defenses in the Ravens, Jaguars, Chiefs and Bengals. You have to keep starting your studs, but just know that the matchups may not net these guys the stats you were looking for when you drafted them highly.

5. Who else watches the Cards through their hands?

Talking about more disappointments, the Cardinals barely survived getting past the Colts thanks to the reliable leg of Phil Dawson. But besides that, the running game is a pure mess as three running backs combined for 89 yards. Larry Fitzgerald is aging and John Brown was hurt, leaving J.J. Nelson as the team’s lone bright spot with 120 yards and a touchdown. This offense still can’t seem to convert in the red zone and it’s no longer looking like a team I want a piece of at all moving forward.

6. Jack Doyle’s got a new friend

Looking up and down the Colts roster is an exercise in deep depression. At least Doyle found a quarterback who will target and utilize his skills. It’s as if Buzz Lightyear found Sheriff Woody, Jacoby Brissett got the start in Week 2 over Scott Tolzien and kept the game in hand as the Colts didn’t let the Cardinals walk over them. Doyle converted all eight of his targets from Brissett to lead the team in receiving. Donte Moncrief continued to be a disappointment and T.Y. Hilton was expected to be caught up in traffic. Like the Cardinals, the Colts are not an offense you want a part of, but Doyle may be out there for Olsen owners in need of some action.

7. Allen Hurns and Marqise Lee could prove to be useful after all

Continuing the ugly stories of Week 2, the Jaguars regressed without Allen Robinson, no thanks to Blake Bortles whose 2015 version of himself is all but a distant memory. Unlike Keenum with the Vikings though, Allen Hurns and Marqise Lee’s collective production filled the ditched in production during garbage time. Owners should feel better about reaching to get those players off waivers in Week 1 or in Week 2, but will have to live and die with Bortles’ inept skills at running an offense on a consistent basis. There’s no switch to flip, folks. What you see is what you get.

8. The Tennessee Titans are back in school

I was worried about the all of the Titans talk in the preseason was about Eric Decker and his role, rookies Corey Davis and Taywan Taylor, and how Marcus Mariota would get everyone touches. I wondered if the Titans would get off track. After struggling in Week 1, the Titans went back to basics and as I expected, did what they do best—run the ball.   The only problem was that I didn’t expect Derrick Henry to have such a good game over DeMarco Murray. Part of that was to bring out the bully running back to keep the Jaguars’ aggressive defense on its heels. It wound up working for them in spades, and perhaps might color the Titans’ approach at which running back they use for which games. But they should have deployed the running game in Week 1 like they did here, as they were in control early and cruised. It’s Offense 101 and regardless of the receivers flaking on them, it keeps moving the chains. As for Davis (hamstring) and Taylor (ankle), both left the games hurt though Davis’ could keep him sidelined for a few weeks.

9. The clouds are clearing in Seattle

For two weeks I’ve been telling fantasy football that Chris Carson is the running back to own out of the Seahawks backfield. He’s looked the best since preseason, but cautioned that the Seahawks would give Thomas Rawls every chance to earn his starting role back. Well after Week 2 against the Niners, Carson showed that he deserves to be the starter, out-carrying Rawls, 20:5 for a 4:1 ratio and out-gaining Rawls, 93 yards to four yards. Yes, Eddie Lacy is a wild card, and so is C.J. Prosise, but it’s looking more like Lacy is going to be released before season’s end unless there’s an injury or Rawls can’t get back on track. There’s no need to beat around the bush, Pete Carroll, give the rookie the ball.

10. The Sad State of Kickers

I’m positive that there are statistics out there that support teams who decide to dump a veteran kicker for a cheaper rookie, but it seems like teams often get burned for doing so, especially ones that have failed to prove they’re contenders. The Browns seem to go through kickers every single year or two. Some teams do strike oil at times. Like Blair Walsh with the Vikings a few years back (until he lost confidence), or Will Lutz with the Saints now. Cairo Santos too. Then there are some bad stories.

Look at how it worked out for free agent flash-in-the-pan Roberto Aguayao and the Bucs first, then the Bears, or Younghoe Koo of the Chargers this season, who has arguably cost the Chargers the chance to win two games. No team should ever put their kicker, especially a rookie in the position to win or lose a game, but that’s the way the game script goes sometimes. Then you see proven veterans, like a Chandler Catanzaro die on teams like the Jets. Meanwhile, other teams like the Ravens, Patriots, Falcons and Cowboys may have spent to stabilize the position, but their kickers keep coming through for them on a weekly basis.