What Do Babe Winkelman and the Iranian Navy Have in Common? Catch and Relase 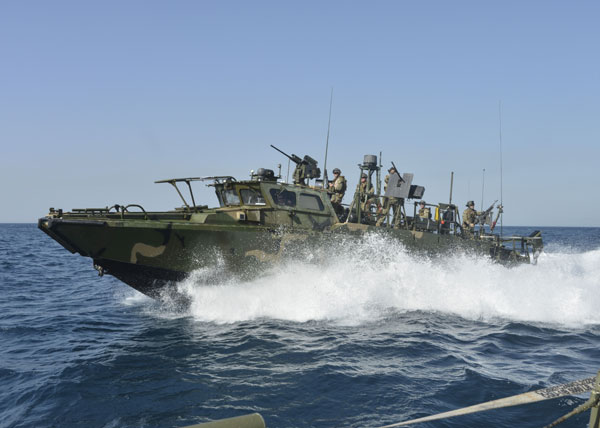 Even for the Obama Administration, thanking the Iranian government for capturing two Navy boats and 10 sailors is low.

The whole incident, in which the Iranian government publicly castrated President Obama hours before his self-aggrandizing State of the Union speech, is now being spun by the White House as some sort of positive for U.S.-Iranian relations.

Secretary of State and all-around tough guy John  Kerry called the matter a “testament to the critical role diplomacy plays in keeping our country safe.”

If anything, it was the promise of billions of dollars from the impending lifting of international sanctions against Iran that got those sailors released, not anything John Kerry did. Even the obtuse leaders of Iran weren’t going to jeopardize that payday.

The funniest lie of all, though, came from Vice President Joe Biden, who responded to Iranian officials’ statement that the sailors were released after apologizing by saying, “There was no looking for any apology.” Then what pops up? A video of the senior Naval officer apologizing to the Iranians at their request.

Biden even went so far as to claim the entire embarrassing incident was “standard nautical practice,” that Iran was rescuing two boats in distress and acted as “ordinary nations would do.”

Sure, releasing photos of rescued foreign sailors with their hands behind their heads, forcing the lone female to wear a hijab, then detaining the crews overnight — all standard.

White House spokespuppet Josh Earnest insisted that the sailors were “afforded the proper courtesy that you would expect.” Especially the part where they dressed up our female sailor like a Burka Barbie.

The final insult, however, was Kerry actually thanking the Iranians for their “cooperation.”

Thanks for the swirly, guys. Maybe next time you could give our country a wedgie, too.

The whole incident smells rotten and seems to defy the U.S. Armed Forces Code of Conduct, particularly the part about never surrendering of your own free will.

I’m no expert on military procedure, but from what I understand from my Army days, if those boats truly broke down in enemy waters, those crews should have immediately issued a distress call to any nearby Navy vessel, then manned the guns on their boats in a defensive posture until rescued or until they could get under weigh again.

The government of Iran is an enemy power. So why would a Navy crew surrender unless there was an order from higher up to do so?

There’s also the matter of the video apology by the Navy officer, which I’m told is also prohibited under the Code of Conduct. Again, why did this happen?

Then there’s the whole question of what those boats were doing there and why they both “broke down.”  If you actually believe two boats broke down in the same place at the same time come see me I have some ocean property to sell you here in South Dakota.

No, there are a lot of questions that need to be answered, and the Obama Administration, as it has done so often in the past, has gone into cover-up mode.